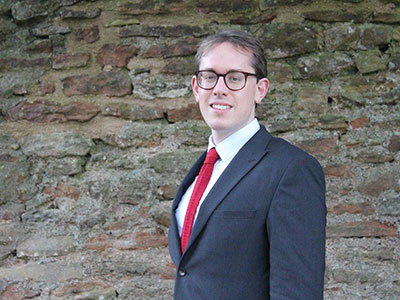 Harvey Brink is Head of Academic Music at Wells Cathedral School. He took up this position in September 2017, having previously taught music at Haberdashers’ Aske’s School for Boys and Mill Hill School in London, where he was Director of Academic Music. Alongside his teaching, Harvey led a varied musical career in London as a choral and orchestral conductor, jazz pianist and choral singer, including the position of Director of Music at Christ Church, Southgate.

Harvey studied conducting with Denise Ham at Blackheath Conservatoire and with George Hurst in masterclasses at the Royal Academy of Music and Canford Summer School of Music. Harvey is a former chorister of Westminster Abbey and choral scholar of Selwyn and King’s College, Cambridge.