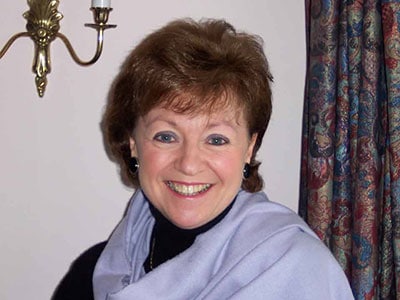 BA, ARCM, Hon ARAM (English Song) Choral Conducting – Singing Royal Academy Opera – Professor of Singing Vocal – Singing As a concert soprano specialising in oratorio, has performed in all of the major UK concert halls. Has sung over eighty performances of Verdi’s Requiem. Julie specialises in oratorio although early on in her career she took lead roles in several operas. She has appeared in all major UK concert halls and cathedrals and in many venues abroad. In Ireland, she was a soloist in Mahler’s Eighth Symphony for RTE Television and Bach’s Mass in B Minor; in Italy, Poland, Switzerland and France she performed the role of Dido in Purcell’s Dido and Aeneas; in Iceland she featured as soprano soloist in John Speight’s Second Symphony for the Symposium of Nordic composers — a work she has subsequently recorded. Verdi’s Requiem has also played a large part in Julie’s career and to date she has sung over eighty performances of that great work. English music has featured strongly in her repertoire, giving numerous performances of Vaughan Williams’s Sea Symphony, Elgar’s The Kingdom and Apostles, Herbert Howells’s Hymnus Paradisi and Britten’s War Requiem. The War Requiem was highlighted in a television documentary of Britten and showed Julie singing in a commemorative performance from Coventry Cathedral with Cambridge University Musical Society and Stephen Cleobury. As well as more conventional repertoire, other concerts have included Sullivan’s Te Deum, Rutter’s Mass for the Children, Elgar’s Spirit of England, Karl Jenkins’s The Armed Man and a concert to celebrate William Wilberforce. Solo recitals in Luxembourg and at the Three Choirs Festival have featured Schumann’s Frauenliebe und leben, Les Nuits d’ete by Berlioz, On This Island by Britten, the Four Last Songs by Strauss, and a recital for soprano and organ featuring a new commission by Pavel Novak — The Lake of Heavenly Desires. She was the soprano soloist in a programme of words and music celebrating the life of Admiral Lord Nelson with Richard Baker as the narrator, and also in a programme featuring Dame Judi Dench and her family. Julie’s recordings show her versatility — Monteverdi’s Christmas Vespers, Haydn’s Nelson Mass with St Paul’s Cathedral, Howells’s Hymnus Paradisi with Vernon Handley and the Royal Liverpool Philharmonic Orchestra, and a CD of Victorian and Edwardian Carols entitled All Hayle to the Days. Julie also enjoys teaching singing at the Royal Academy of Music and is the Artistic Director of the Grove Park Music Festival. Credit: Royal Academy of Music Photo Credit: Bach Cantatas