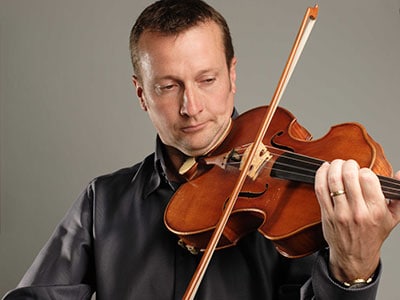 ‘Great Britain’s most outstanding Viola Player…’ The London Times. Since making his recital debut at London’s South Bank Centre in 1991 (described by The Strad magazine as ‘world class’), Philip Dukes has established himself as a soloist, director/conductor and chamber musician of international repute. He studied with Professor Yfrah Neaman in London and Michael Tree (Guarneri Quartet) in New York and after winning a number of international competitions and awards including the coveted European Rising Star Award in 1997 and Young Concert Artists Trust in London in 1991. In 1992 he was selected as a BBC Radio 3 solo artist. Mr Dukes has since appeared as a concerto soloist with all the major UK orchestras including the London Philharmonic, BBC Philharmonic, The Philharmonia, the City of Birmingham Symphony, BBC National Orchestra of Wales, BBC Scottish Symphony, the Royal Liverpool Philharmonic, Bournemouth Symphony, the Halle, Royal Scottish National Orchestra, BBC Symphony and the London Mozart Players, working with distinguished conductors such as Yehudi Menuhin, Kent Nagano, Sir Andrew Davis, Paul Daniels and Richard Hickox. In 1995 Mr Dukes made his concerto debut at the BBC Promenade Concerts, returning again in 1999, 2004, and 2007. At the 2008 BBC Proms Mr Dukes appeared with Daniel Hope and the BBC Symphony Orchestra conducted by Sir Andrew Davis in a performance of Sir Michael Tippett’s Triple concerto, a live recording of which was released on the Deutsche Grammophon label. As a recording artist Mr Dukes has recorded for Deutsche Grammophon, Naxos, Chandos, Nimbus, and BIS labels, amongst others, including a recording of the Suite For Lady Caroline Lamb by Sir Richard Rodney Bennett which received the German Music Critics recording prize. Since 1992 Philip Dukes has been principal guest viola of England’s premier chamber music group The Nash Ensemble, recording the Brahms String Sextets, the Brahms Viola Quintets, the Beethoven Quintets, and the complete volume of Mozart String Quintets for the Hyperion label, all to unanimous critical acclaim. Mr Dukes has appeared at many of the world’s leading festivals including Mecklenburg Vorpommern, Savannah (USA), Gstaad, Schleswieg Holstein, Colmar, Edinburgh, Cheltenham, Bath and Aldeburgh where in 1997 he gave the world premiere of the Concerto for Violin, Viola and Orchestra by Benjamin Britten. In addition to his solo engagements Philip Dukes is a Professor of Viola at The Royal Academy of Music in London, Artistic Director at Marlborough College, and a guest Professor of Viola at McGill University in Montreal. In 2006 Mr Dukes was unanimously elected as a Fellow of the Guildhall School in London in recognition of his success as a viola soloist and made an Honorary Associate of the Royal Academy of Music in 2007. 2011 was marked by a solo recital at the South Bank centre to celebrate the 20th anniversary of his recital debut where he was joined by the distinguished musicians Julian Lloyd Webber and pianist Piers Lane. Forthcoming highlights include the release of two new CDs for the Naxos label featuring Berlioz Harold in Italy and the Faure Piano Quartets; conducting engagements with The London Mozart Players, the City of London Sinfonia and the Southbank Sinfonia, and a further CD recording of the Brahms Songs Op 91 with the eminent soprano Sarah Connolly. Mr Dukes also appeared as a member of the Nash Ensemble’s residency at London’s Wigmore Hall throughout the 2012/13 season. In addition Mr Dukes will also record the Arnold Bax Viola Concerto (Fantasy) with the BBC Philharmonic Orchestra for the Chandos label, conducted by Sir Andrew Davis.