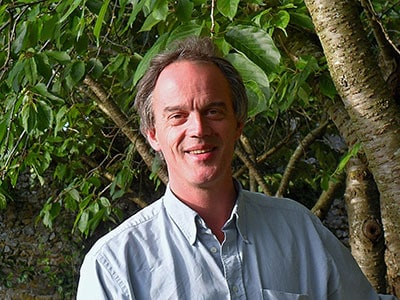 Richard Hosford has a busy career both as a soloist and as chamber musician, as well as being Principal Clarinet of the BBC Symphony Orchestra. As a member of the Chamber Orchestra of Europe for more than twenty years Richard toured the world, performing as a soloist with them in the USA, Japan, Hong Kong, Italy, Germany, Switzerland and the USA with conductors Claudio Abbado, Sir Colin Davis, Michael Tilson Thomas, Oscar Schumsky, Sir Roger Norrington, Gerard Korsten and Paavo Berglund. He has recorded the Mozart and Copland concertos with the Chamber Orchestra of Europe and Alexander Schneider on ASV. He also performed the Nielsen concerto with Paavo Berglund in Italy and Germany.

Richard Hosford is a committed chamber musician and has recorded all the major repertoire for wind ensemble with the Wind Soloists of the Chamber Orchestra of Europe and has toured with them throughout the world. He has recorded with the chamber ensemble, Domus, and the Florestan Piano Trio. He is a leading member of the Gaudier Ensemble and has recorded many works for strings and wind with them.

In 1998 he became a member of the Nash Ensemble with whom he tours and broadcasts regularly. He has recently recorded all the major chamber works of Poulenc and Saints Saens with them as well as discs of chamber works by Brahms, Beethoven and Schubert, Schumann, Vaughan Williams, Walton, Mark Anthony Turnage, Birtwistle. Bernard Hermann and James Macmillan. In recent years his recordings of the Copland Concerto, the Brahms Trio( with the Florestans ) and the Brahms Quintet (with the Nash) have all been chosen as “First choice” by BBC Radio 3 ‘Record Review‘. Richard teaches at the Royal College of Music.