Open to pupils of all abilities aged 19 and under

During our inspirational weekend, you will:

About the Colin Currie Quartet 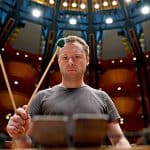 Colin Currie is a solo and chamber artist at the peak of his powers. Championing new music at the highest level, Currie is the soloist of choice for many of today’s foremost composers and he performs regularly with the world’s leading orchestras and conductors. Colin founded the Colin Currie Group in 2006 to perform the music of Steve Reich, and the Colin Currie Quartet in 2018 to present more diverse works written for percussion quartet.

Sam Walton appears regularly as a percussionist and timpanist with many of the UK’s top orchestras, including the London Symphony, London Philharmonic, BBC Symphony, London Sinfonietta and the Chamber Orchestra of Europe. He also works in West End theatres on a variety of shows. He is a member of the contemporary group Between The Notes, with whom he has travelled to Asia, Europe and Australia.As a soloist, Sam has appeared with the Royal Philharmonic Orchestra, Orquesta de Castilla y Leon, and the Gurzenich Orchestra in Cologne. He has appeared both as a solo recitalist and with his duo partner Colin Currie at numerous venues in the UK and worldwide. He has also appeared as a soloist at the BBC Proms in a programme of music by Steve Reich. 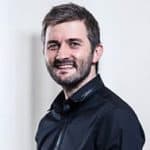 Owen graduated from the Royal College of music in 2003 with first class honours as a scholarship student. He was then a Junior Fellow from 2004-2006. Since then Owen has had an extremely varied career, appearing as a soloist with the London Sinfonietta, BBC Symphony Orchestra, BBC Concert Orchestra, Melbourne Symphony Orchestra (Australia), BBC Philharmonic, the Philharmonia, the Britten Sinfonia, Sinfonia Viva, De Doelen Ensemble (Holland), Orchestre de Picardie (France) the Macedonian Symphony Orchestra among others. His performances have been broadcast on Tv and radio all over Europe, USA, Japan, China, Australia and Mexico. 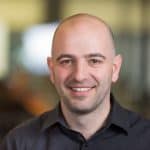 In 1998, Adrian became the first percussionist to win the BBC Young Musician of the Year. He then took third prize in the Eurovision Grand Prix for Young Musicians in Vienna. In 1999, while studying at the Royal Northern College of Music, he formed the Percussion Quartet 4-MALITY. As a soloist, Adrian has performed with the BBC Philharmonic, Royal Liverpool, Royal Philharmonic and Irish Chamber orchestras. Adrian is the Section Leader Percussionist with the City of Birmingham Symphony Orchestra, and works regularly with the Birmingham Contemporary Music Group, the Graham Fitkin Band, the Colin Currie Group and the John Wilson Orchestra. Adrian has been tutoring NYO members since 2011.

* Accommodation is not included. Normal admission price is £65 apart from the percussionists on our Wind, Brass and Percussion Summer School who can attend free of charge! Click here for more information about our Summer School.

For information on where to find us, please click here for our map.

To apply, please fill out the form below and follow the link in your confirmation email to make a payment. For more information, please contact Jane Eaglesome Tel: 01749 834450 / [email protected]