Independent School of the Year 2020 for Performing Arts

Wells secured the title for “really living their philosophy of ‘Be what you can be’ [sic] through their elite and general programmes.”

Independent School of the Year 2021 Shortlist

Independent Schools of the Year are judged by an independent panel of experts, who will be meeting in the autumn to reach a decision on the winners and select highly commended schools from each category; the results of which will be announced at an awards ceremony in October.

How could we start with anything other than the music? Wells is one of only five specialist music schools in the UK. Snatches of melody could be heard wherever we walked: the lunchtime concert in the medieval Quilter Hall (named for a previous headmaster, rather than a bygone artisan). School motto is Esto quod es – be what you are, a medieval injunction adopted by the school only in the 19th century. The head assured us that this is not some complacent mantra for contemporary snowflakes… 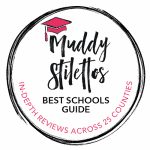 Wells has been educating cathedral choristers for over 1000 years. Today it does that and much more: excelling in sport, the arts and academics as well as giving career musicians one of the best musical educations in the world.

Good for Achievers in any sphere, not just musicians; fantastic for the musical, the quirky, the individual.

Not for: The lazy or coasting, the unambitious, the narrow-minded.

I wanted to write after x’s first few weeks of school, to say thank you. He’s a slightly shy boy and we were anticipating a few tears and some time to settle upon moving to the Senior School, but he has sailed in as if he’s always been there! …. his friendship group is the most wonderful mix of musicians, mathematicians and others. The charity walk on Sunday was a delight – he disappeared off in front of us without looking back and had a brilliant time. We are…fully signed up to the Wells ethos, but seeing it first hand, as he recounts his day in the evenings, has been enough to make one quite emotional. Very best wishes to you and all the staff at Wells. It’s been such a hugely disrupted time and it’s not over yet, but Wells continues to provide (and I’m trying very hard not to fall into using the marketing slogans here!) the most fantastic all-round education we could hope for.

Can I just take this opportunity to say what I know a lot of parents are thinking: how much we appreciate the entire staff’s efforts to keep our children learning, engaged and safe. Whatever additional guidance you receive from government, it will only mean more for the staff to do and I would be grateful if you would please pass on our thanks.

My son came home for the Exeat weekend, and for me the most precious moment of all was while we were driving home. I was obviously quizzing him on how it all was and how he was settling in as my biggest concern was that I had made the right choice to move him to Wells. I was extremely delighted to hear that he had already made some friends (he has only ever had one friend all his life and hardly seen him for the last 3 years). But the BEST information of all for me was that he had felt no pressure, at any time, to be anyone other than himself at Wells. When I asked him what he meant by this, he said that at his previous school although he had never been physically bullied, he had always felt a pressure from the neurotypical boys that he should conform to ‘normality’ and there had often been sarcastic or unpleasant comments on the way he had walked/stood/behaved. xxxxx said that he found it so amazing and noticeable that in his first 3 weeks at Wells, not one person had ever teased him or put any pressure on him to conform to their normality. I could really feel his huge sense of relief and happiness, and I really hope this will continue for him!!

My daughter is very lucky to have had such a privileged education here at Wells Cathedral School for six years! I am so proud that my husband and I were able to give her such wonderful education! Wells has made her into a confident young lady!

My wife and I wanted to send big thanks to you and the Cathedral School in general, for providing the educational environment and outstanding nurture which enabled our daughter’s excellent “exam” results.

I am particularly pleased that the virtual timetable is a very connected, full and structured one, lots of interactive lessons, with time built into most periods for practice and reinforcement of what they have learnt as they go. The Drama links to the various theatre productions is also very impressive. It is as close to the normal school day as remote learning would seem to be able to emulate and that is impressive considering how quickly it all came to be.

I am very impressed with the seamless system that has been set up which has kept her fully engaged every day. She misses the interaction with her friends which makes lessons more fun but I think she’s probably absorbing more at home!

Excellent all-round education – quite apart from their extensive music programme, set within fabulous grounds within the beautiful city of Wells.

I wanted to write a quick note to express my pleasure in briefly having met some of your pupils walking between their lessons this week. At about 12.30 on Wednesday, I was walking, quite slowly, on a day out with my family and there were a large number of pupils walking down Tor Street. Some pupils walked along the road to give us space, but we stopped between parked cars so they could press on as making them walk on the road didn’t seem very safe – we were in no hurry. Almost without fail every one of them said thank you and asked if we wanted to rejoin the pavement since there were a lot of pupils coming, the staff members did similarly. This was a breath of fresh air. Despite only being 30, I feel mine and younger generations have lost their courtesy and patience etc., but your pupils have certainly restored my faith in this area. I know this behaviour is likely expected of your pupils, but for me it was completely unexpected. They are a credit to the School.