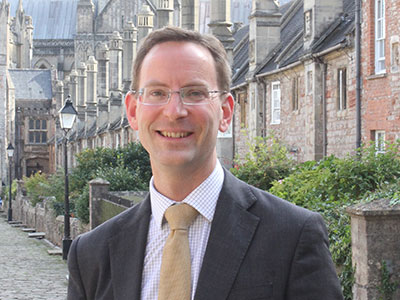 For most of my childhood I grew up in Devon where I was a Prep School boarder and chorister. I was awarded a Music Scholarship to my senior school, before taking a gap year as a Choral Scholar at Truro Cathedral. I then went up to Cambridge University to read English and later Theology at Magdalene College, where I was also the Organ Scholar. After graduating, I began my teaching career at Oundle School as Deputy Director of Music, where I was also an Assistant Housemaster. I was then Director of Music of Eltham College in London, before becoming Deputy Head (Academic) at Bedford School in 2013. I moved to Somerset with my husband Gavin when I became Head Master of Wells Cathedral School in September 2018.