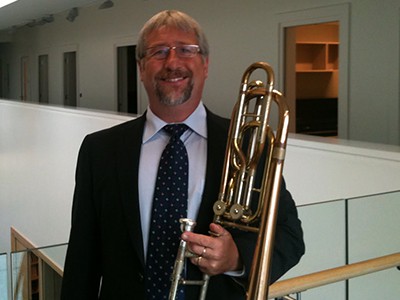 Andy has an impressive CV as a professional performing musician as well as in teaching. Andy has performed with all of the symphony and chamber orchestras in London, as well as many of the UK’s leading brass ensembles including, The Wallace Collection, London Brass, Fine Arts Brass, recorded many film soundtracks which have included Gladiator, Lord of the Rings, TV shows such as The Michael Parkinson Show, The BRITS, plus he has been a professor at The Royal College of Music, Birmingham Conservatoire and The Royal College of Music Junior Department. He has recorded with the world’ leading artists including Barbra Streisand, Liza Minelli, The Who and Pink Floyd to name just a few. Andy is also a member of The Michael Nyman Band. He was made an Honorary Member of the Birmingham Conservatoire of Music in 2002.