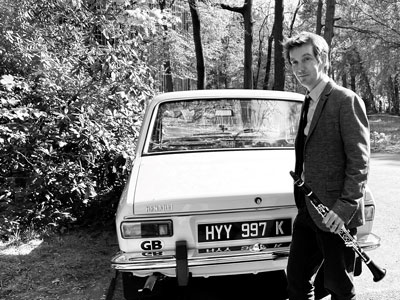 Anthony is a composer, clarinettist and conductor. As a clarinettist Anthony has played and recorded with the London Mozart Players, Orchestra of the Age of Enlightenment, and the English Chamber Orchestra. He is a member of the Chinook Clarinet Quartet, with whom he has regularly performed throughout the UK in prestigious venues such as the Wigmore Hall, Purcell Room, and the Bridgewater Hall. The quartet have recorded two CDs and performed live on BBC Radio and TV. As an education workshop leader, he has run projects for the London Mozart Players, the Orchestra of the Age of Enlightenment, and the Roman River Festival. As a composer, Anthony has written works for the National Youth Wind Ensemble of Great Britain, an SPMN commission for the BBC Singers, and two orchestral pieces for the Philharmonia orchestra. (One of which was conducted by HRH The Prince of Wales.)

Anthony’s first opera The Black Monk (which he adapted himself from the Chekhov short story,) was premiered in 2003 to public acclaim by the Sirius ensemble at the Bloomsbury theatre in London. He is the Head of Woodwind at Wellington College, a woodwind coach, and conductor for the National Children’s Orchestra of Great Britain and National Youth Orchestra and he conducts the City lit Orchestra, and runs music courses all over the country.

He has been the conductor of the Symphonic Wind Orchestra and the Clarinet Choir at the Royal College of Music Junior department since 2004, where he also teaches the clarinet, where many pupils have gone on to conservatoire. There are often several of Anthony’s pupils in the clarinet section of the National Youth Orchestra.