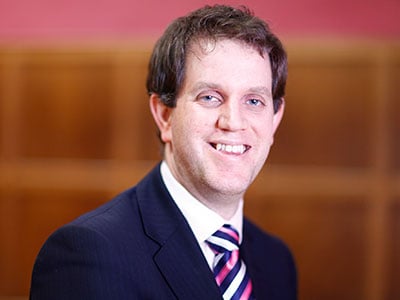 Christopher Finch is an acclaimed conductor, accompanist and vocal coach. He rose to national prominence in 2010 when he led the Wellensian Consort to the title of BBC Choir of the Year, the UK’s premier choral competition. Christopher has since won international recognition with Wells Cathedral School Choralia as Grand Prize winners in Musica Eterna Roma (2018) and runners-up in the EBU’s Let the Peoples Sing (2013). He is greatly in demand as a conductor, accompanist, vocal coach, répétiteur and teacher.

Christopher is currently Head of Student Programmes and Coordinator of Vocal Studies in the specialist music faculty of Wells Cathedral School. A passionate advocate of the importance of singing in education, Christopher is actively engaged in outreach programmes as a choral advisor and guest conductor. Appointed as music director to Bristol Bach Choir in 2012, Christopher combines this with his commitments conducting the Wellensian Consort, Choralia, Wells Cathedral School Chapel Choir and Chamber Choir. He was also musical director of Bath’s leading chamber choir, A Handful of Singers from 2005-2018.

Christopher has performed and collaborated with some of this country’s finest soloists, composers and ensembles, including Richard Hickox, John Rutter, Charles Hazlewood, Bob Chilcott, John Tavener, Will Todd, Brian Kay, Charivari Agréable, London Contemporary Orchestra, City of Hong Kong Chamber Orchestra, Canzona, Arve Henriksen, Patricia Rosario and Iestyn Davies amongst many others. Performances, workshops and recordings have taken Christopher to many parts of Europe, the USA and the Far East, and his recordings have garnered Gramophone Editor’s choice accolades and have been broadcast worldwide:

“What makes this chorus special is the vitality and joy that illuminates its singing, and that is a constant. Finch is a choral conductor to watch; his shaping of line and ear for nuance and detail within a nicely paced whole is outstanding” (Fanfare Magazine, USA)