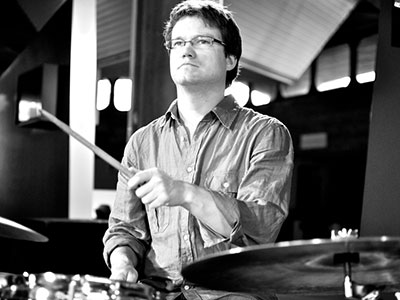 Dave Smith is one of the finest young drummers in Britain. Drawing on a wide range of influences, from West African percussion to classic jazz drumming, his explosive style and musical sensitivity give him the versatility to play in many musical environments. Dave is best known for his work in co-leading Outhouse, a Loop Collective group that formed in 2005. Since releasing their debut record on the Babel label, Outhouse have toured the UK and performed in Canada, Germany, France and West Africa. Their second album ‘Ruhabi’ on Loop Records followed a collaborative project with five Sabar percussionists from The Gambia.