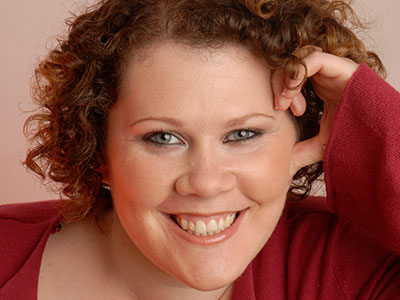 Welsh Soprano Elizabeth Donovan is a graduate of the Royal Northern College of Music. In 2002 she won the Frederic Cox Award and was the Welsh Singer of the Year. In 2003 she represented Wales at the BBC Cardiff Singer of the World. The recipient of several awards, they include: Worshipful Company of Musicians Silver Medal Award, Richard Maidment Scholarship, Miriam Licete Award, Sybill Tutton Award, and The Countess of Munster Award. Elizabeth was a Sir Peter Moores Foundation Scholar from 2002 until she completed her studies at the National Opera Studio, London in 2008.

Elizabeth has given recitals at the Aix-en-Provence Festival, broadcast live by Radio France, and at the Fishguard International Festival and National Museum of Wales, broadcast live on BBC Radio 3. Recordings include Songs of the Cotten Grass by Hilary Tann (Deux-Elles); Sine Nomine Herbert Howells (Classico) and at the London Welsh Festival of Male Voices at the Royal Albert Hall (on DVD for SAIN).
Since moving with her family from Wales to Wiltshire in 2017, she is a vocal tutor at Wells Cathedral School, Sherborne Girls, St. Marys School Calne, Dauntsey’s School Devizes and King Edwards School Bath having previously taught at Rugby School.