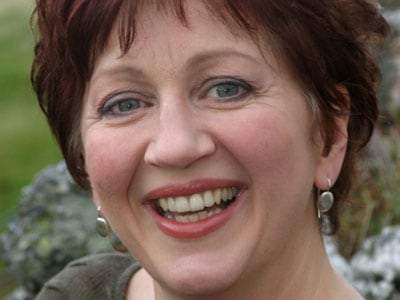 Since entering the Royal Scottish Academy of Music and Drama in 1971 Isobel Buchanan has become a leading soprano of her generation. In 1975 she auditioned for Richard Bonynge and Joan Sutherland and was offered a contract with Australian Opera. She made her professional debut in 1976 as Pamina in The Magic Flute, a role which she has performed many times worldwide. In her British debut at Glyndebourne in 1978 she sang Pamina in the Cox/Hockney production. In 1981 she sang The Countess in Peter Hall’s production of The Marriage of Figaro, repeated for the company’s 50th Anniversary under Bernard Haitink. 1978 saw her as Micaela in Zefirelli’s legendary production of Carmen with Domingo, Obratsova and Mazurok at the Vienna State Opera. The performance was broadcast throughout Europe and has been released on CD and DVD. Isobel’s Covent Garden debut was in Parsifal conducted by Solti. She went on to sing Sophie Werther, with Alfredo Kraus and Teresa Berganza, later recording the opera with José Carreras and Frederica von Stade under Sir Colin Davis. She has appeared in opera houses throughout Europe (including Monte Carlo with Raimondi), Australia, New Zealand and the USA (including Chicago with Pavarotti and Bergonzi). She has appeared with the major British orchestras and collaborated with leading conductors including Solti, Haitink, Andrew Davis, Sir Colin Davis, Celibidache, Pritchard, Mariner, Kleiber and Menuhin. As well as making numerous recordings, in 1981 the BBC made a documentary, ‘La Belle Isobel’, of her career to date. She has appeared on television programmes ‘Face the Music’ and ‘The Michael Parkinson Show’. After bringing up two daughters, Isobel has resumed her career singing with Eugene Asti and Malcolm Martineau at St John’s, Smith Square, as well as performing Scheherazade with Southbank Sinfonia, Haydn with the Orchestra of the Age of Enlightenment and Walton’s Façade with Jason Thornton and Bath Philharmonia. Isobel teaches voice privately, gives masterclasses and workshops and has acted as external examiner for Guildhall School of Music, where she has taught as a visiting professor.