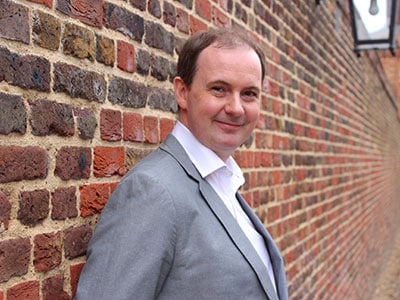 Joseph Tong has established a reputation as one of the most versatile and imaginative pianists of his generation. Much in demand as a soloist, duo pianist and chamber musician, Joseph made his Wigmore Hall debut as winner of the Maisie Lewis Young Artists Award and now gives regular recitals throughout the UK and abroad. He is one of the senior piano tutors at Wells Cathedral School in Somerset.

Joseph Tong studied first with Hilary Coates at Wells and then with Christopher Elton at the Royal Academy of Music, after reading music at Christ’s College, Cambridge. His recent Sibelius recording project has seen two CDs released on the Quartz label to widespread critical acclaim, including excellent reviews in the Sunday Times, International Piano, Fanfare Magazine (USA) amongst others. Joseph has given concert tours in Finland, including recitals at Sibelius’s home Ainola on the composer’s original Steinway, at the Sibelius Museum in Turku, Helsinki Music Centre and Hämeenlinna Town Hall.

Other recent highlights have included an all-Schumann recital at the Sendesaal in Bremen earlier this year. Joseph Tong also recorded a CD of Schumann in Germany, for release in spring 2019. He has broadcast for BBC Radio 3, appearing on In Tune with Sean Rafferty ahead of his St John’s Smith Square recital in 2015, as well as on Classic FM Facebook Live. He also has performed recitals in Germany and Spain as well as at St David’s Hall, Cardiff, St George’s Bristol, Hatchlands in Surrey and the Jacqueline du Pré Hall in Oxford.

Joseph has always had a keen interest in performing new music and premiered new works by Cydonie Banting and Gareth Moorcraft at this summer’s Presteigne Festival. With his piano duo partner Waka Hasegawa, Joseph has commissioned new works for piano duet and two pianos from leading composers including David Matthews, Daniel Kidane, Dai Fujikura, Nicola LeFanu, Edwin Roxburgh and the late John McCabe, which have received their first performances at the Cheltenham Music Festival and venues including Wigmore Hall and the Purcell Room in London.