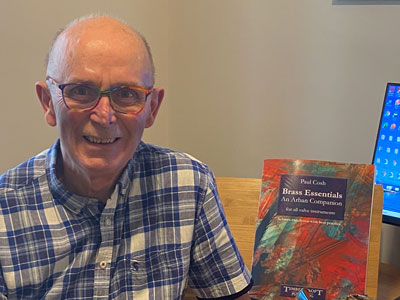 Paul Cosh started playing the cornet with his local brass band in Sherborne, Dorset and from there went on to study the trumpet at the Royal Academy of Music. Upon leaving the Royal Academy Paul developed a highly successful freelance career that involved working in every field of the music profession. During this time he worked with many of our foremost rock and pop artists, among them, Elton John, Diana Ross, Brian Ferry and George Michael.

In the world of film music Paul played on the soundtracks of many, including, Star Wars, Superman 2 and Ghandi. Also during this period he made regular appearances with The Royal Philharmonic Orchestra, The Philharmonia, The London Symphony Orchestra and The Royal Opera House. From 1987 until 2005 Paul was a member of the BBC Symphony Orchestra. Throughout his professional career Paul has always been involved in education, initially in schools in the greater London area, as a lecturer at Middlesex University; and then in 1984 was appointed Professor at the Guildhall School of Music and Drama. As a conductor Paul has conducted some Britain’s finest Champion Brass Bands and is Director of the Guildhall Brass Band.

“It has been my pleasure to visit Wells Cathedral School Music department as a visiting tutor over the past few years. Their brass department is a vibrant place indeed with a team of dedicated staff who continue to produce young musicians of the highest calibre. Many of their students progress to study at our foremost conservatoires and have forged highly successful careers as professional musicians.”