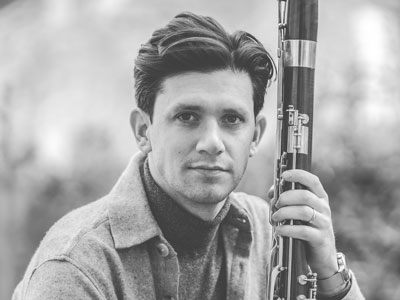 Richard is the Principal Bassoonist of the Royal Philharmonic Orchestra and a Professor of Bassoon at both the Guildhall School of Music & Drama and the Royal Northern College of Music, his alma mater.

While attending the RNCM he studied with Simon Durnford, David Chatwin, and Peter Whelan, as well as attending regular classes with visiting artists such as Sergio Azzolini, Dag Jensen, and Ole Kristian Dahl. It was during these years that Richard laid the foundations of a successful freelance career, and quickly found himself in high demand as an orchestral bassoonist, working regularly with all major orchestras in the North of England. Most frequently he worked with the BBC Philharmonic, Royal Liverpool Philharmonic Orchestra, and The Hallé, as well as returning to his native Scotland to work with the Royal Scottish National Orchestra and the Scottish Chamber Orchestra. At the same time he toured most of Europe as a member of the European Union Youth Orchestra.

With the Royal Philharmonic Orchestra Richard regularly records at Abbey Road Studios, and has toured Europe, Asia, and North America, performing at many world class venues, including the Royal Albert Hall and Carnegie Hall.

Outside of music Richard is a keen swimmer and cyclist, and in 2018 completed the UK Ironman triathlon in Bolton.