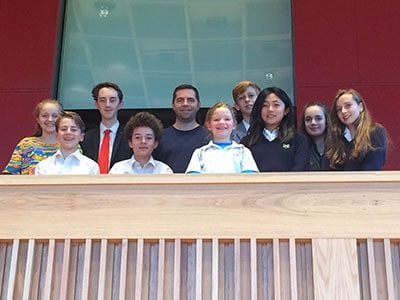 Sam Walton appears regularly as a percussionist and timpanist with many of the UK’s top orchestras, including the London Symphony, London Philharmonic, BBC Symphony, London Sinfonietta and the Chamber Orchestra of Europe. He also works in West End theatres on a variety of shows. As a soloist, Sam has appeared with the Royal Philharmonic Orchestra, Orquesta de Castilla y Leon, and the Gurzenich Orchestra in Cologne. He has appeared both as a solo recitalist and with his duo partner Colin Currie at numerous venues in the UK and worldwide. As a chamber musician, Sam has performed on two recital discs with Colin Currie, with whom he has performed the Bartok Sonata for Two Pianos and Percussion at the Wigmore Hall and BBC Proms. He performs regularly with violist Viktoria Mullova and appears on her recital disc Through the Looking Glass. He is a member of the contemporary group Between The Notes, with whom he has travelled to Asia, Europe and Australia. He has also appeared as a soloist at the BBC Proms in a programme of music by Steve Reich.