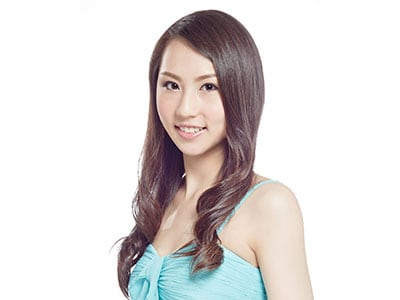 Hong Kong Soprano Vivian Yau holds a Bachelor of Music degree from The Juilliard School, and a Master of Music degree from the San Francisco Conservatory of Music. Her musical talent was recognised from a young age. At the age of 10, she made her debut appearance singing the role of Tilly in Howard Blake’s The Bear with the City Chamber Orchestra of Hong Kong. She has since made several other appearances with the orchestra. After achieving a Fellowship in Voice, and an Associate diploma in Piano from Trinity College London, Vivian then went on to pursue further musical training, and completed her secondary school education at Wells Cathedral School, England.

In the summer of 2015, Vivian won the Orchestral Award at The Bel Canto Institute in Firenze, and was invited to perform some of her favourite arias with the Vermont Philharmonic Orchestra at their Annual Opera Gala. Vivian’s other awards include First Prize at the Llangollen International Musical Eisteddfod, Wales. As well as First Place in the Barry Alexander International Vocal Competition in NYC, making her Weill Hall debut in the winners’ recital. At the Mid Somerset Festival in England, Vivian has been awarded The May King Vocal Award, Irene Jerrim Award, and medals for winning in all categories. In her teenage years, Vivian was awarded First Place for over 20 times at the annual Hong Kong Schools Music Festival, winning the prestigious Miss Barbara Fei Vocal Scholarship.

Vivian has been voted as “My Favorite Young Music Maker” on Radio Television Hong Kong by the public audience, and regularly appears on local musical TV and radio programs to promote classical music. Vivian is passionate about sharing her music with different audiences; she regularly gives masterclasses to young children, performs in charity events, and participates in outreach projects.