On Sunday October 9th, 36 enthusiastic young Horn players descended on the beautiful city of Wells for a fun day of Horn playing activities.

In the shadow of the historic Cathedral they were tutored by long-time Wells specialist Horn teacher Simon de Souza and two of his former Wells pupils, Ed Griffiths, co-principal Horn at Welsh National Opera and Dave Oxley, a principal West End player. The repertoire covered, and latterly performed, in various graded groups varied from ‘Horn Quartz’ by Richard Bissill, through Johan Strauss’s ‘Radetzky March’ to Ted Chance’s exhilarating ‘fanfare.cor’. The attendees ranged from one who had only been playing for four months to conservatoire audition candidates, and activities included performance clinics, maintenance classes, warmups and masterclasses. The tutors performed three of Anton Reicha’s charming trios and Dave amazed everyone with ‘Okukoowoola Kw’Ekkondeere’ by Justinian Tamusuza. This called for quarter tones, playing with slides removed, multiphonics and playing a rhythmic accompaniment on an egg shaker! Meanwhile Ed gave beautiful renditions of Glazunov ‘Reverie’ and Abbott ‘Alla Caccia’, repertoire that some of the pupils had played so they could feel more connected to his performance. In the finale to the day all present took on the Richard Bissill ‘Titanic Fantasy’ where Dave demonstrated his prowess with the conductor’s baton, Simon underpinned all with his fundamental D’s and Ed again shone with his glorious top D’s! It would be fair to say the thoroughly partisan audience loved it. Steve Flower of Paxmans brought instruments for the participants to try and an array of other accessories.

It was a delight to be back in person after missing two years and we’re looking forward to the next event next year! 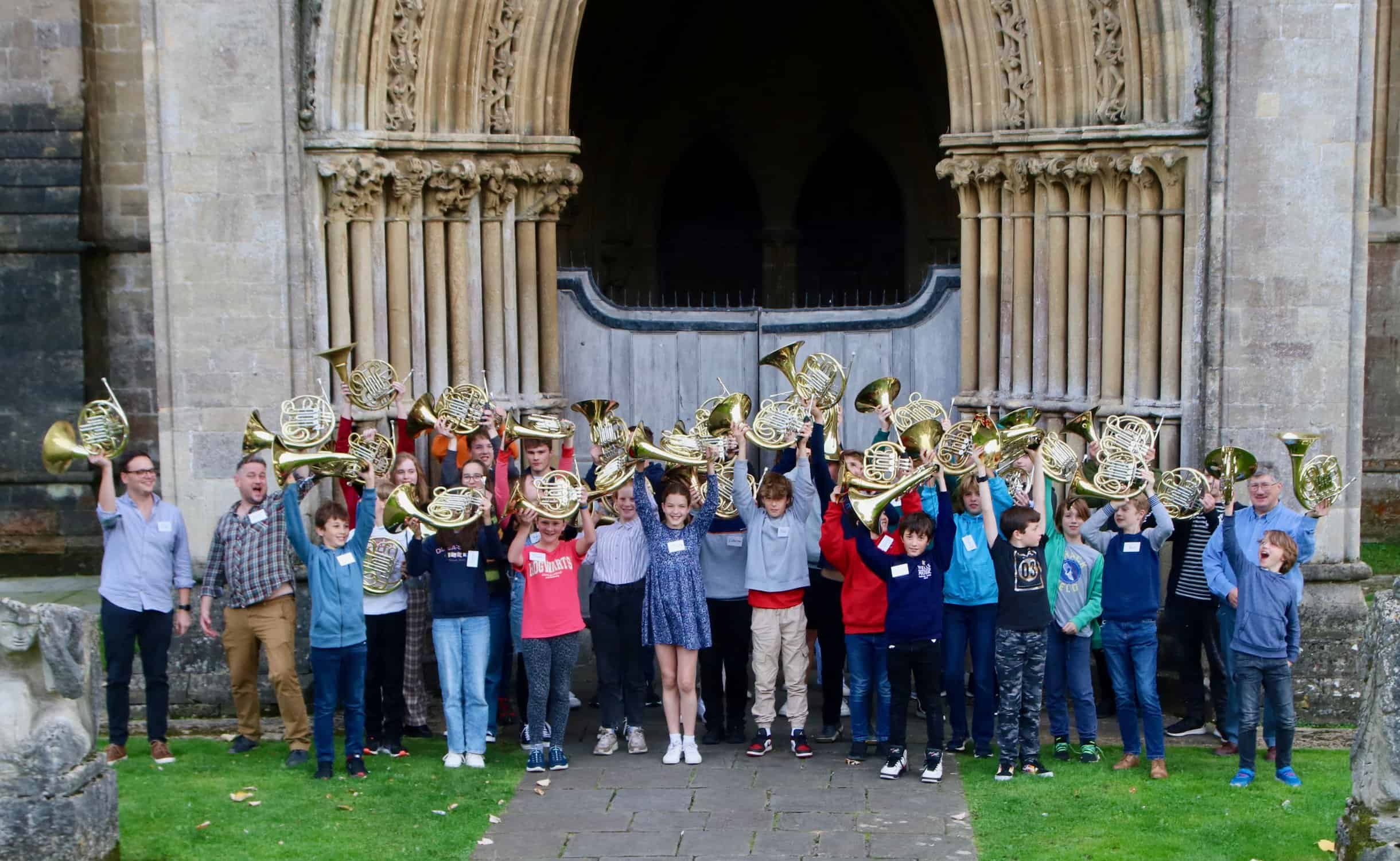