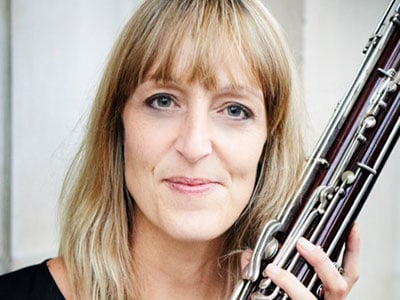 As a member of the National Children’s Orchestra at age 13, Connie decided from the first rehearsal that she wanted to play in orchestras forever! After a year in NCO, she moved to Wells Cathedral School to study with Peter Harrison and then on to The Royal Academy of Music in London, graduating in 2000.

Education plays a large part in Connie’s freelance work. She took the post as bassoon teacher at Royal Academy of Music Junior Department in 2017 where she teaches one-to-one and coaches a wonderful wind quintet. She is also a coach for the bassoon/wind sections in National Children’s Orchestra of Great Britain and runs a residential wind octet course for adult amateur players in Gloucestershire each year.