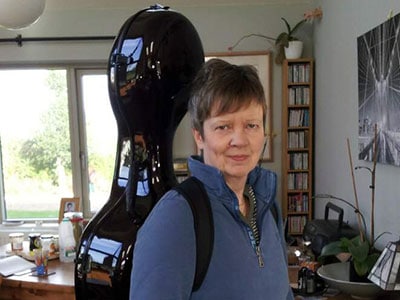 Elizabeth Anderson is well known as a very fine cellist and teacher. Her career as a chamber musician and recitalist has taken her to most of the major concert venues in London and she has toured extensively in Europe as a member of the celebrated Trio Zingara. As well as broadcasting live on BBC Radio 3, As a soloist Elizabeth Anderson has performed with orchestras much of the major cello concerto repertoire including; Shostakovich No.1, Schumann, Haydn C & D, Elgar, Lalo, Saint Saens, Brahms Double and Beethoven Triple.

Elizabeth Anderson was a Specialist cellist at Wells Cathedral School; she then continued her studies at the Royal Northern College of Music and the Robert Schumann Hochschule in Dusseldorf under Donald McCall and Johannes Goritsky.

Elizabeth Anderson has won many competitions including the Lawrence Turner prize for chamber music, the John Barbirolli prize for cello, the Countess of Munster scholarship, the Muriel Taylor Scholarship, and was a winner in the Royal Tunbridge Wells International Competition. She has taken part in masterclasses given by Amarylis Fleming, Christopher Bunting, Ralph Kirschbaum, William Pleeth and Jacqueline Du Pre.