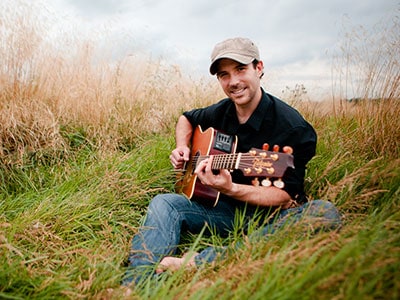 Sam performs as a guitarist / singer, looper and pianist at weddings, private parties, corporate functions and public venues throughout the Sunshine Coast and Brisbane, Australia. Originally a classically trained trumpeter, Sam won a trumpet scholarship to the Royal Academy in London, but later became more pop based. Previously, as the multi-instrumentalist in Jamie Cullum’s band, he toured extensively and played in top venues throughout the globe.

Sam is in extremely high demand as a functions performer because the show he puts on is, in many respects, exceptional. I have never seen another artist get so many people on the dance floor at a wedding in such a short amount of time. He’s modern, he’s original and he cuts out the need for a four piece band. Watching him build his performance with his RC-50 loop station is absolutely fascinating – the sound is great, but it’s visually stimulating as well, because you’re watching an artist at work, performing incredibly complex musical and technical sets. Sam invariably becomes a genuine talking point after he has performed; come and watch him at one of his public gigs and see for yourself.