On Tuesday evening the third Tonks Memorial Dinner, in memory of Warrant Officer Gary Tonks, was held at the Swan Hotel in Wells. More than 60 officers, guests and cadets attended the Contingent’s ninth ‘Dining in Night‘ a tradition started by WO Tonks in 2009. The proud tradition of British military units holding a ‘Dining in Night’ goes back to the time of the English Civil War and it is seen as essential to maintaining a sense of esprit de corps and tradition. The guest of honour, Andy Kemp, gave an after dinner speech about the unique opportunities for leadership training within the cadet forces, the Tonks Memorial Trophy was awarded to Cdt Sgt Kathryn and Douglas was appointed Contingent Sergeant Major (CSM).
Share Post: 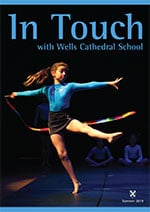