Pupils at Wells Cathedral School celebrated impressive GCSE results on Thursday, the first year where the majority of subjects have been assessed against the newly implemented and more rigorous, reformed GCSE examination grades. At Wells, 50 per cent of the subjects examined were assessed with the new system.

Wells achieved success across a variety of subjects this year, with particularly strong results in the three sciences and mathematics. In biology, chemistry and physics, an incredible one third of the cohort achieved grade 9s, with well over three quarters achieving grades 9-7 in each subject. In mathematics nearly half the cohort gained 9s or A* equivalent – many of whom took the examination a year or six months early.

Well over a third of this year’s cohort have specialised in music whilst juggling their studies, with many achieving very good academic results, whilst dedicating considerable time to musical performance and practice. Other students have only been in the UK for a short time and have achieved significant results after only one year of study. Many pupils have juggled academic work with other commitments in drama, art, outdoor education such as the Duke of Edinburgh Award and the Combined Cadet Force, or in sporting arenas, both inside and outside school.

Dr Andy Kemp, Head of the Senior School, said, “I​’m incredibly proud of the achievements of all the students whether their results were littered with A* and 9 grades or hard fought B and 5 grades, all alongside a broad and exciting range of co-curricular activities and achievements. They have given themselves a brilliant foundation for further studies.”​

Alastair Tighe, Head Master from the start of September, said, “​These results are the product of hard work and dedication from pupils and teachers alike. All pupils can be proud of their achievement, and I offer them my warmest congratulations. I am especially pleased to see the success of pupils across a broad range of subjects, and to know that these results have been achieved without sacrificing pupils’ commitment to, and enjoyment of, life beyond the classroom.​”

Outgoing Principal, Elizabeth Cairncross, added, “​When there is such fundamental change in the grading system one can’t be sure what will ensue – but these results are ones of which to be proud. Their range and the range of students’ interests beyond these academic subjects, as Alastair Tighe indicates, are the outcomes of an education which demands and engages minds, spirits and bodies – and which has expected hard work and all round care from teachers, all staff, and families, as well as the students themselves who must take the greatest credit. It’s a very good note on which to leave Wells – and to leave it in very good hands!​’’ 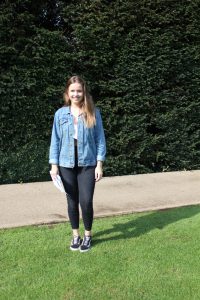 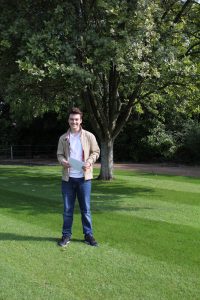