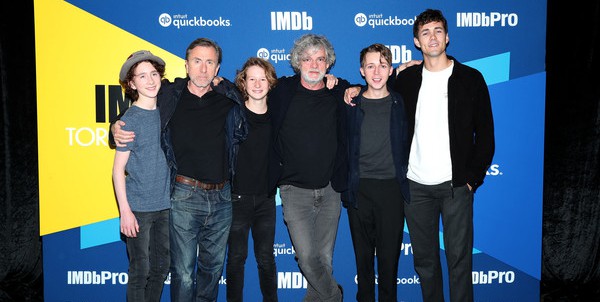 This weekend, Year 10 pupil Luke Doyle’s film debut in the award-winning and emotive story, The Song of Names, will be available to view on Netflix for the very first time.

The film, directed by Francois Girard, is based on the award-winning novel of the same name by Norman Lebrecht, with the screenplay written by Jeffrey Caine.

Starring Clive Owen, Tim Roth and Catherine McCormack, The Song of Names is a heart-wrenching tale of friendship, faith, betrayal and classical music – with a score by legendary Oscar-winning Lord Of The Rings composer Howard Shore. An emotional detective story spread over two continents and a half century, the horror of war and the lost souls extinguished from history burns beneath the film’s stunning and pulsing musical revelations.

Winner of the Whitbread First Novel Award, The Song of Names tells the tale of two boys brought together on the eve of World War II. Martin is the son of successful musical talent agent Mortimer Simmonds. Dovidl is a nine-year-old violinist of extraordinary promise from Warsaw who arrives at Martin’s house to study with the celebrated Carl Flesch. With Dovidl’s family trapped in Poland, the two boys form a symbiotic relationship, resulting in abandonment, betrayal, envy, and exaltation.

Luke, a specialist violinist at Wells, plays the Young Dovidl in the film, played as an adult by Clive Owen. As well as his acting talents, Luke was chosen for his musical skill as a young violinist.

Luke was involved in filming over several months at the start of the academic year 2018 in locations across Germany, Hungary and the UK.

Last year he attended the star-studded Toronto International Film Festival as a key member of the cast, when the film premiered at this celebrated Festival, and was joined on the red carpet by fellow actor Tim Roth, as well as composer Howard Shore. He was also interviewed about his role in the film for the Canadian media.

We are very much looking forward to enjoying Luke’s debut in what promises to be a stunning and emotive film.
Share Post: