The Founders and Benefactors’ dinner is the School’s way of acknowledging and thanking those who have contributed to the School and its development whether through financial means, support of its operations or through external expertise which they contribute to our pupils. We were very happy to be able to award four Foundation Fellowships in recognition of excellence achieved by an Old Wellensian or a significant contribution to the life of the School. This year our four recipients were OW Alexia Inge (1995), OW Colston Gay (1978), Bryan Carter and David Strange.

Bryan Carter:
Following some fortuitous meetings in Hong Kong with Tony Bretherton and Dorothy Nancekievill, Bryan was invited to join the board of the Wells Music Society of Hong Kong and later became its Chair. In the subsequent years the Hong Kong Charity’s Board helped to coordinate fundraising events, host numerous groups of musicians from Wells (including a wonderful tour of Beijing with the full Wells Cathedral Choir), and has helped to support places at the School financially for four Hong Kong pupils, even during the recent pandemic and the associated difficulties with holding fundraising events. Bryan himself would be the first to say that this has been a team effort from the whole of the Hong Kong Charity Board, but Bryan’s own wholehearted commitment to the cause and to the broader School community at Wells cannot be underestimated. He has been a generous benefactor, an ever-present attendee of numerous concerts given by WCS in Hong Kong over the years, a generous host of receptions and gatherings for visiting Wells musicians and a regular visitor to the School itself during visits to the UK.

Colston Gay:
Colston Gay comes from a family steeped in Wellensian Associaton. As well as being a Wellensian himself, Colston’s father, uncle, and two sisters as well as his three children and now five grandchildren all went to Wells. Having left School in 1978, Colston helped manage and run the farm which has been in his family for about 500 years. Situated close to the Chew Valley Lake in one of Somerset’s most stunning landscapes, Colston has helped oversee the transition of the farm to being entirely organic and it now includes accredited organic lands with dairy, beef, lamb, pigs and arable assets. He has also expanded the farm’s remit as an agricultural endeavour, with the farm currently comprising four units, 400 acres of which are arable, alongside a herd of 400 organically managed dairy cows who are milked in the farm’s new state of the art milking parlour. In addition, he has overseen the expansion of the farm as a business, opening tea rooms and a shop in 2022 which sell high quality organic and free range produce. He has invested in an anaerobic digester which uses gas from farm and dairy waste to create electricity – which in turn supplies fuel for the farm and the village, and Colston is committed to creating a sustainable working farm powered by green energy. Ever the entrepreneur, Colston has also set up Chew Valley Dairy which supplies milk from Colston’s and other farms to outlets across the South West. In addition, Colston also runs the Highgrove Estate in partnership with his son, Henry James.

Alexia Inge:
Alexia Inge is also an Old Wellensian and her old Head Master, John Baxter, has described her – and her sister – as “stars” who contributed wholeheartedly to everything they tackled. Alexia herself feels that our ethos of being who you are coupled with our encouragement and appreciation of creativity alongside a touch of eccentricity have stood her in good stead as her career has developed.
After graduating with a BA Hons in Fashion Design at Westminster University, she worked as a model and fashion journalist at The Daily Telegraph before moving into PR, working at GAP’s International Press Office and Mission PR agency. Alexia co-founded Cult Beauty in June 2008, and became co-CEO in 2014. The web-based platform was built on a lifelong passion for beauty, with the mission to become the most trusted beauty retailer in the world. Cult Beauty is renowned for its curated, results-driven ethos with a real focus on supporting indie brands. It has become home to brands from across the world as well as being well-known as the barometer for beauty, wellbeing trends and pioneering new categories. Cult has also used its social media platform of two million followers and seven million newsletter subscribers to raise money for charity and campaign for social change. A moment of great pride for Alexia was a campaign that led to the UK government changing its policy, support and services for women going through the menopause in 2021.
In 2019, Alexia was listed by Women’s Wear Daily as one of the 50 most forward-thinking executives shaping the future of the beauty industry and was awarded the CEW Achiever Award in December 2020. Cult Beauty was on the leader board of the Sunday Times Fast Track 100 and International Track 200 for many years and also bagged the coveted WWD ‘E-tailer of the Year’ title. In 2021 Alexia sold Cult Beauty to THG and left the business this May to pursue new adventures in Kenya. 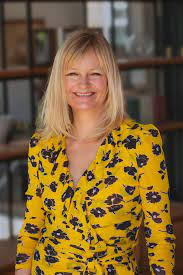 David Strange:
David’s musical pedigree is outstanding and he is both a distinguished orchestral musician and an educator. He is a former principal cellist of the London Philharmonic and Royal Opera House orchestras, as well as playing for many others; he was a founding member of the Nash Ensemble and, having taught as cello professor for many years at the Royal Academy of Music, he is now Professor Emeritus of Strings there.
It was therefore an enormous honour when Wells secured his services as Artistic Adviser to our MDS Specialist Music Scheme in the early 2000s, soon after he had been awarded an MBE for his services to music. There have only been two Artistic Advisers since the Specialist Music Scheme started in Wells in the 1970s – Yfrah Neaman held this responsibility for 30 years and David has followed in his footsteps brilliantly.
David’s own standing and experience has helped give us here at Wells a truly invaluable international perspective, and more tangibly he has personally nurtured our own musicians by attending the main Specialist Music Auditions every year for many years, leading regular cello masterclasses and conducting the string orchestra. He has been actively involved in various high profile music appointments here over the years, and also advised on appropriate visiting conductors to work with our musicians (most recently Jac van Steen who was a brilliant hit with the Symphony Orchestra just last June). He has given wise counsel and acted as a confidante to many of our own Directors of Music as well as numerous Heads of Department, all of whom have valued his time and advice.
We are indebted, therefore, to David for his advocacy of the Wells Specialist musician programme both nationally and internationally, as well as for his practical support and assistance in a whole host of ways. His ability to question decision making when required, to bring a new perspective to complex musical debates, and to get the best out of the people he works with (both young and old) is second to none. He is a man of integrity, wisdom and experience – but also has an infectious sense of humour which is appreciated by all.

Rebecca Roberts, Head of the Wells Cathedral School Foundation, said that; “It was brilliant to be able to welcome back so many significant people who have contributed to the School in many different ways. We are delighted to have been able to honour the four recipients and their significant contributions to the life of the School and the wider world.”
Share Post: